Homemade garden fresh Borscht is packed with vegetables and cooked perfectly tender in beef broth. This recipe is quick and easy because of the Instant Pot!

I was so excited to put my garden vegetables to good use in this delicious soup. Whenever I cook meals that are loaded with vegetables, I'm always worried the family might decide they don't like it even before trying it. I'm happy to report that the entire family, kids included, absolutely LOVED this soup! 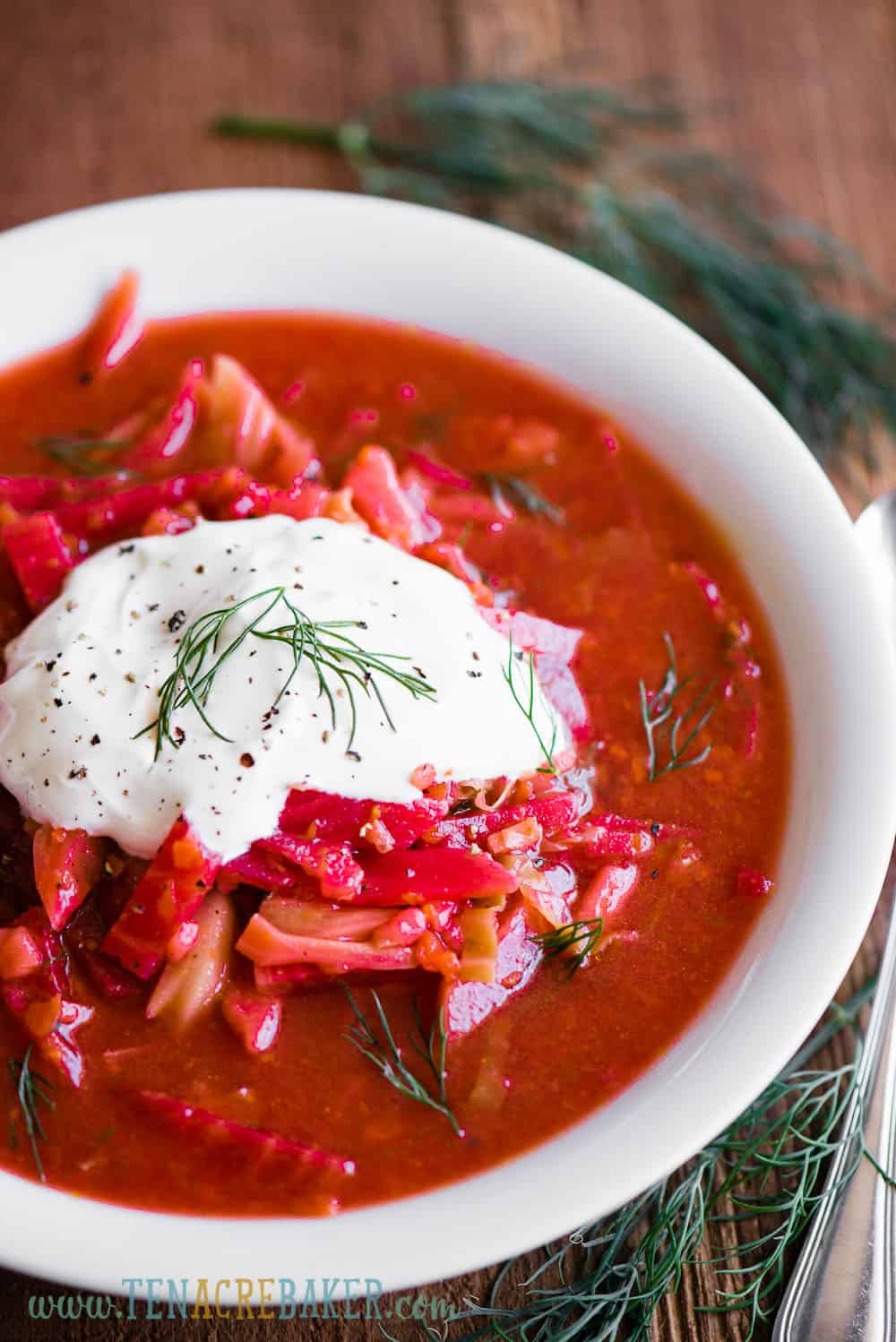 I'm a huge fan of beets, but have never made Borscht before, let alone Instant Pot Borscht. The Instant Pot because part of my Borscht equation because I pretty much use it for anything I can these days.

I was so thrilled to be able to incorporate so much of what I have grown myself into a healthy meal for my family. The beets, cabbage, potatoes and dill all came from my garden. I'm also growing carrots and onions, but they're not completely ready for harvest yet and I had some store bought produce that needed to be used up in the refrigerator. I did, however, use my own roasted beef broth that I had in the freezer. YUM!

What is in Borscht?

Since I had never made borscht before, I had to do a little research. Know what I found? There are about a million different ways to make Borscht. That means that even though I'm not Ukranian, my version just might pass.

Depending on what you like to eat, you can make vegetarian borscht or borscht with different kinds of meat.

The most common variety includes beet roots as one of the main ingredients which gives borscht that distinctive red color. I, however, used two dark red beets along with one candy cane beet (mostly white with red stripes). That means my version of borscht didn't turn out as red as it would have had I used all dark red beets.

Reasons to cook Borscht in the Instant Pot: 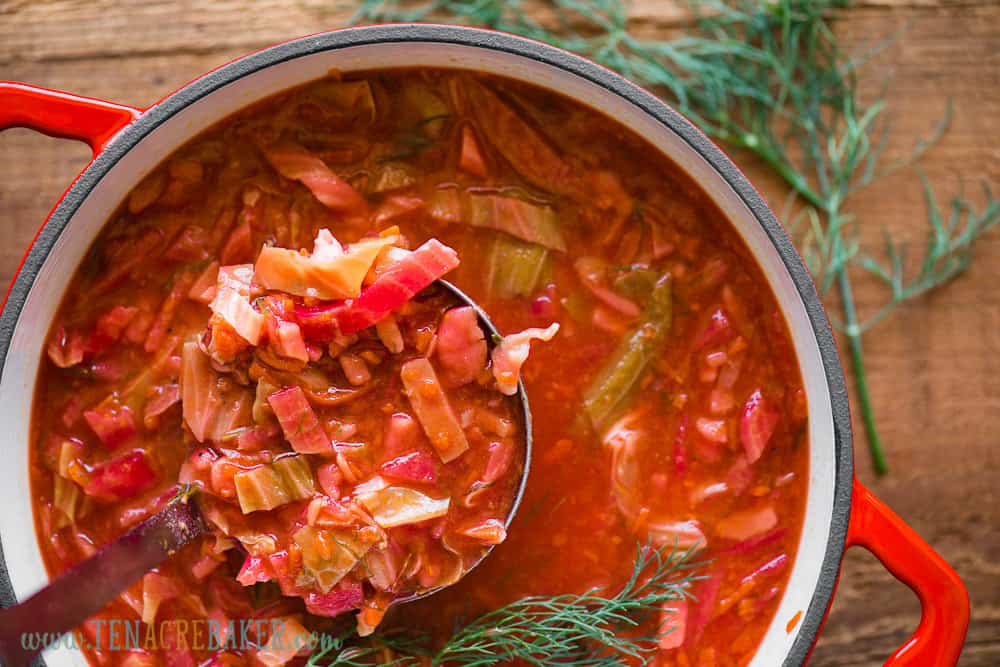 How to serve Borscht:

I was a little nervous that my version of this recipe was too thick, but when I googled "how thick borscht", I learned that you want it to be thick enough to hold a spoon up. Mine passed.

This borscht recipe was amazing with a big dollop of sour cream on top. When stirred in, the end result was a creamy bowl of goodness.

I made a hot crusty loaf of bread and served that up with some butter and roasted garlic on the side.

It certainly was a meal that satisfied! 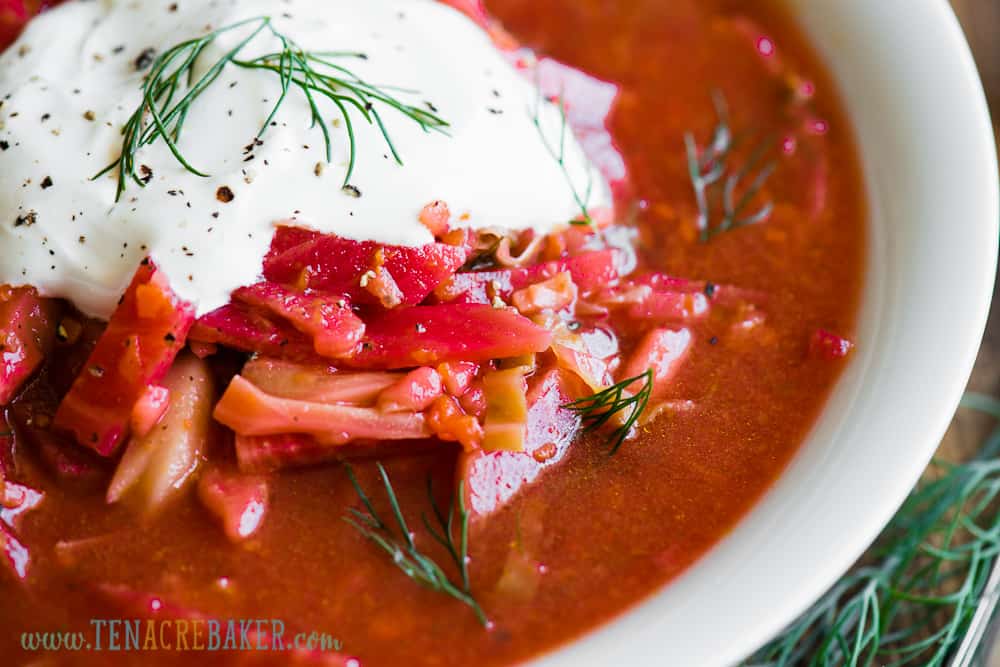 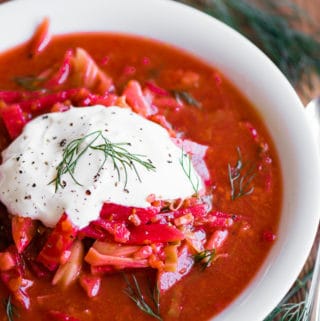 Pin it to your SOUP BOARD to SAVE it for later!